Virginia is open for business

BACK TO REPORT HIGHLIGHTS >
The Port of Virginia’s growth is creating jobs, fueling economic investment in all corners of the Commonwealth by some of the world’s leading companies, and nurturing development of new industries that will strengthen our economy and improve the quality-of-life across Virginia.

Our focus is on meeting the needs of our customers by moving their goods swiftly, sustainably, and safely. But there is also a parallel mission underway outside the gates of the terminals:  making the Commonwealth an attractive location for businesses to set up shop, create jobs, and invest in their communities. 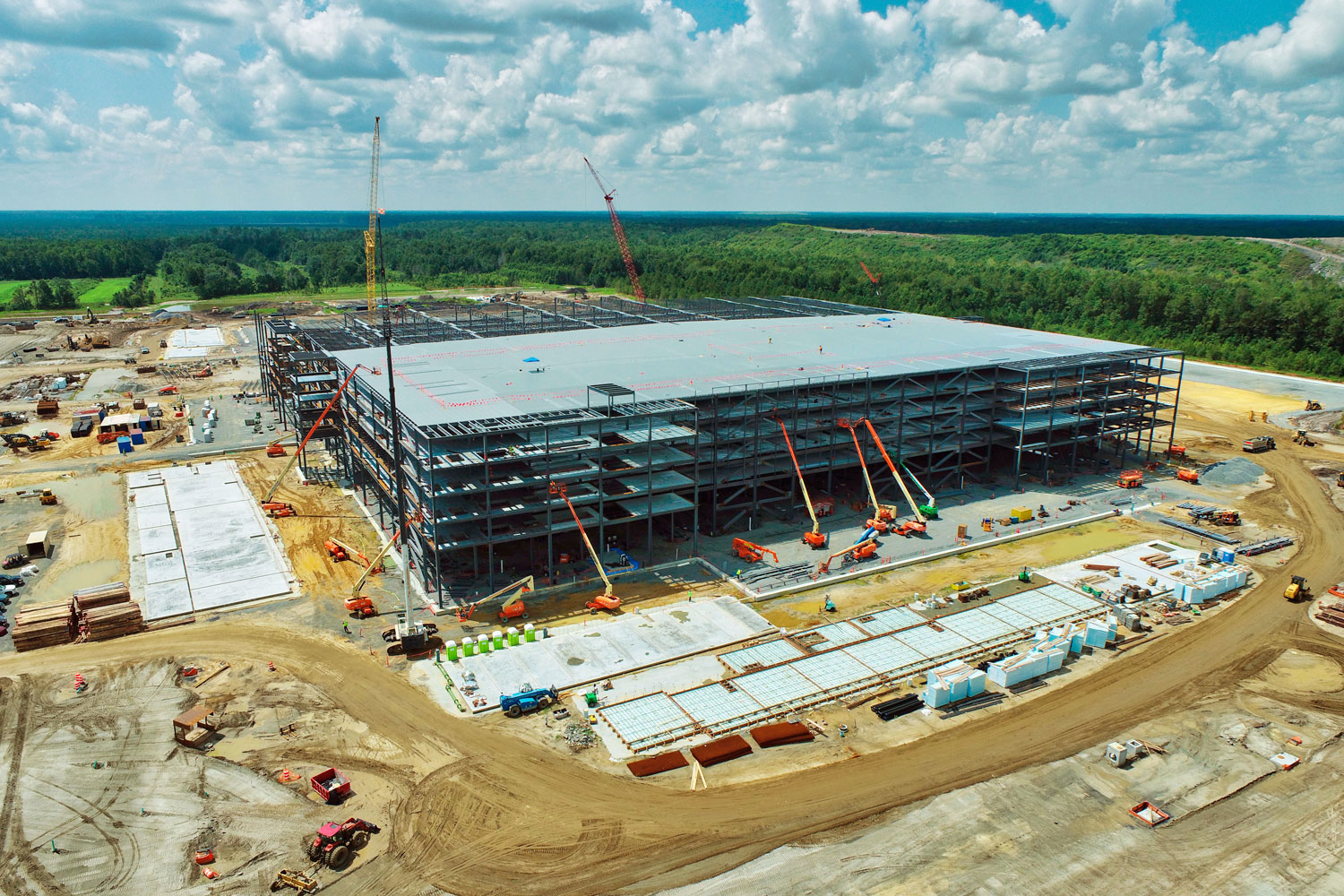 Amazon Robotics Fulfillment Center in Suffolk, Virginia.
In FY20, we were instrumental in helping to drive 38 business announcements resulting in a collective investment of more than $1.4 billion. Those investments led to the development of more than 9.3 million square feet of new space and 5,411 new jobs for Virginians and are being made in Henry, Westmoreland, James City and Henrico counties and in the cities of Ashland, Richmond, Chesapeake, and Suffolk. 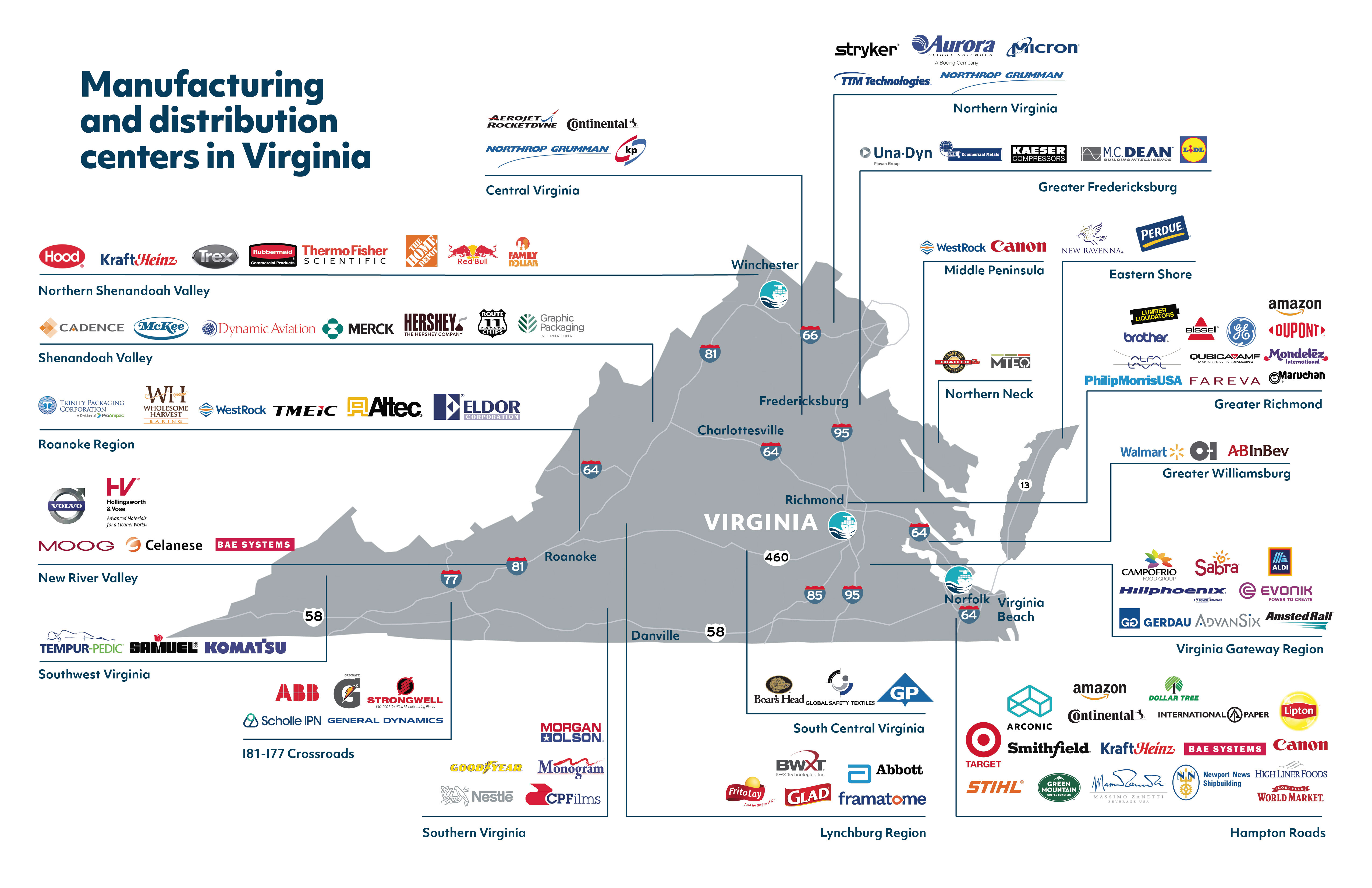 These companies and others are investing in Virginia because they want the seamless access to world markets we provide. They want to be able to receive and ship products internationally; they want a port that is growing in anticipation of their future needs; and they need a predictable, reliable supply-chain partner.

That reliability and predictability was evident during the pandemic as our expansion never stopped. Throughout the pandemic, work on our infrastructure projects and on the state’s big transportation projects was uninterrupted. This demonstrated to companies investing in Virginia – and others considering a move – that we remain focused and committed to setting the pace for today’s supply chain while plotting the course for its tomorrow.
Our commitment also demonstrates to American companies seeking to re-shore their operations, or those foreign companies seeking a U.S. location, on the value and benefits of being in Virginia, including: 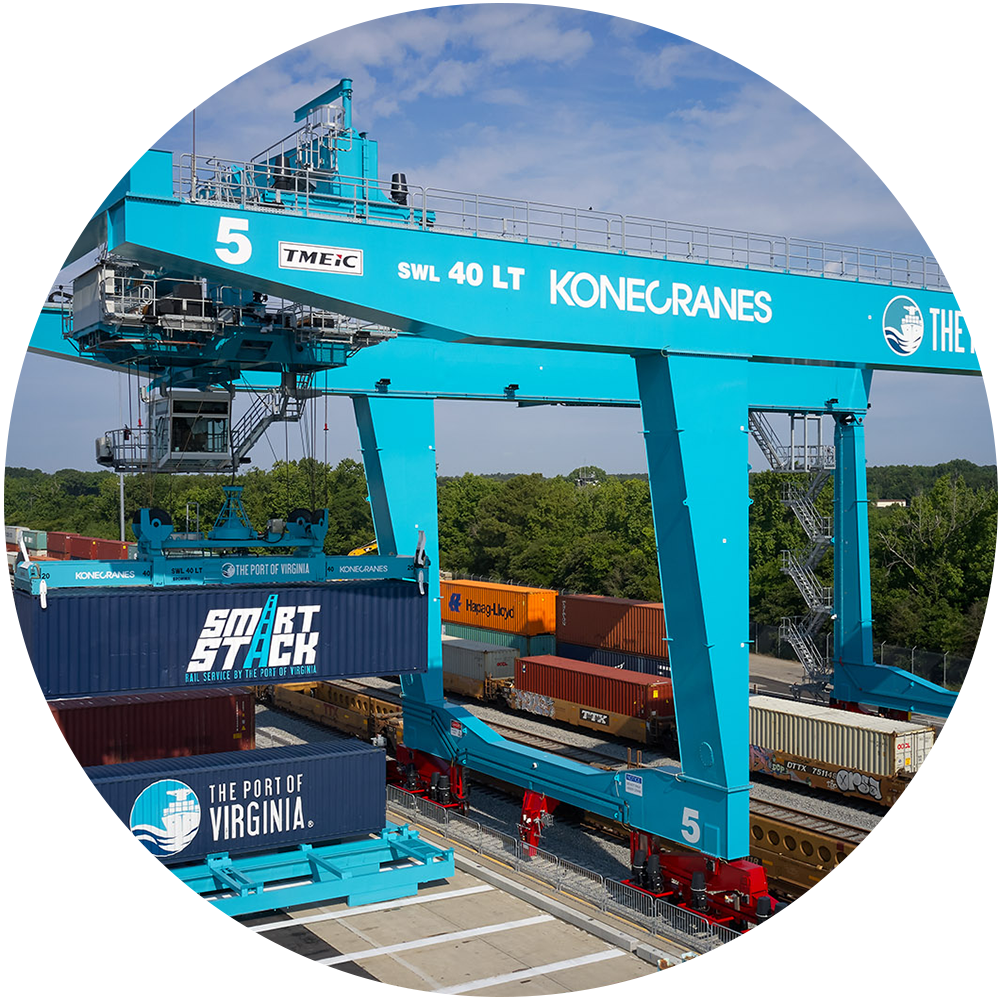 Virginia’s port and its strategic Mid-Atlantic location make it a growing logistics hub for international freight. Our port moves cargo that is made, or will stay in Virginia while handling cargo that is moving across this port into the domestic and international markets. 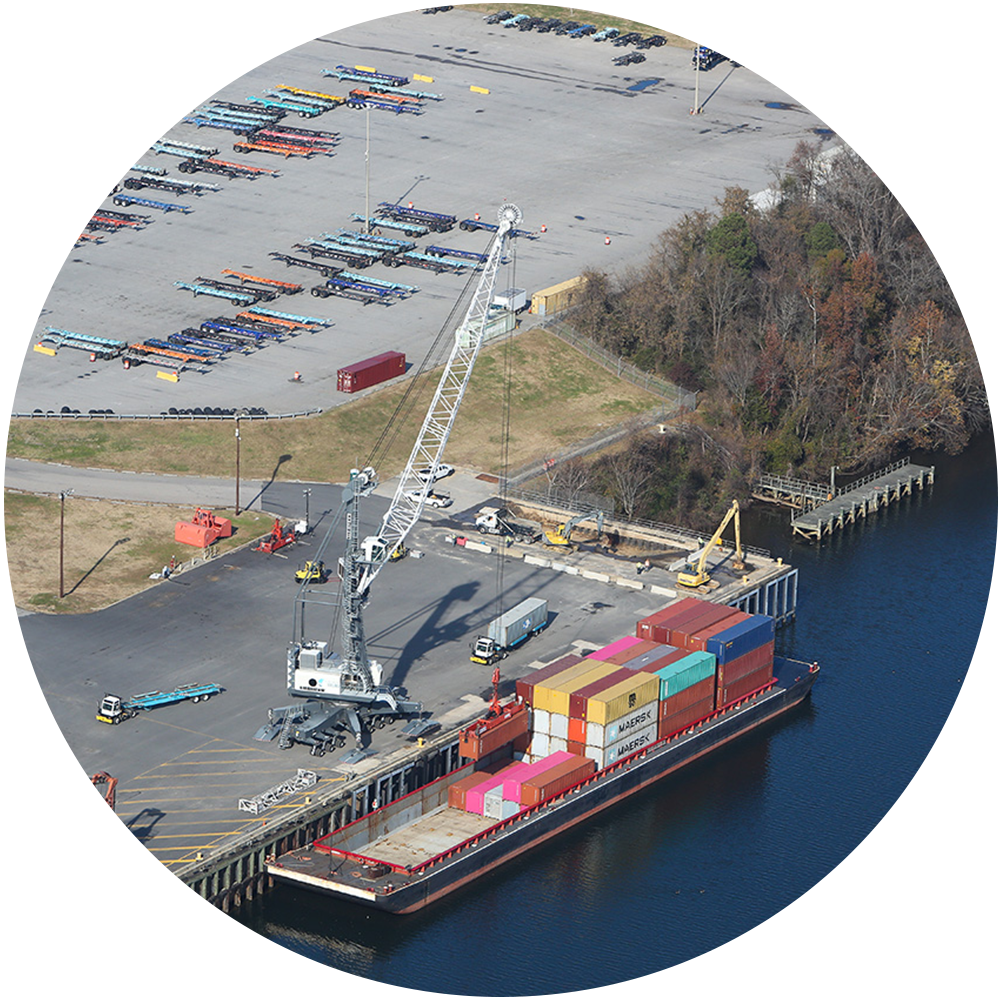 For Virginia-based manufacturers, we provide quick, efficient access to international markets. For domestic cargo owners outside the state, we offer efficient double-stack rail, truck and barge service to many critical Midwest manufacturing and population centers. 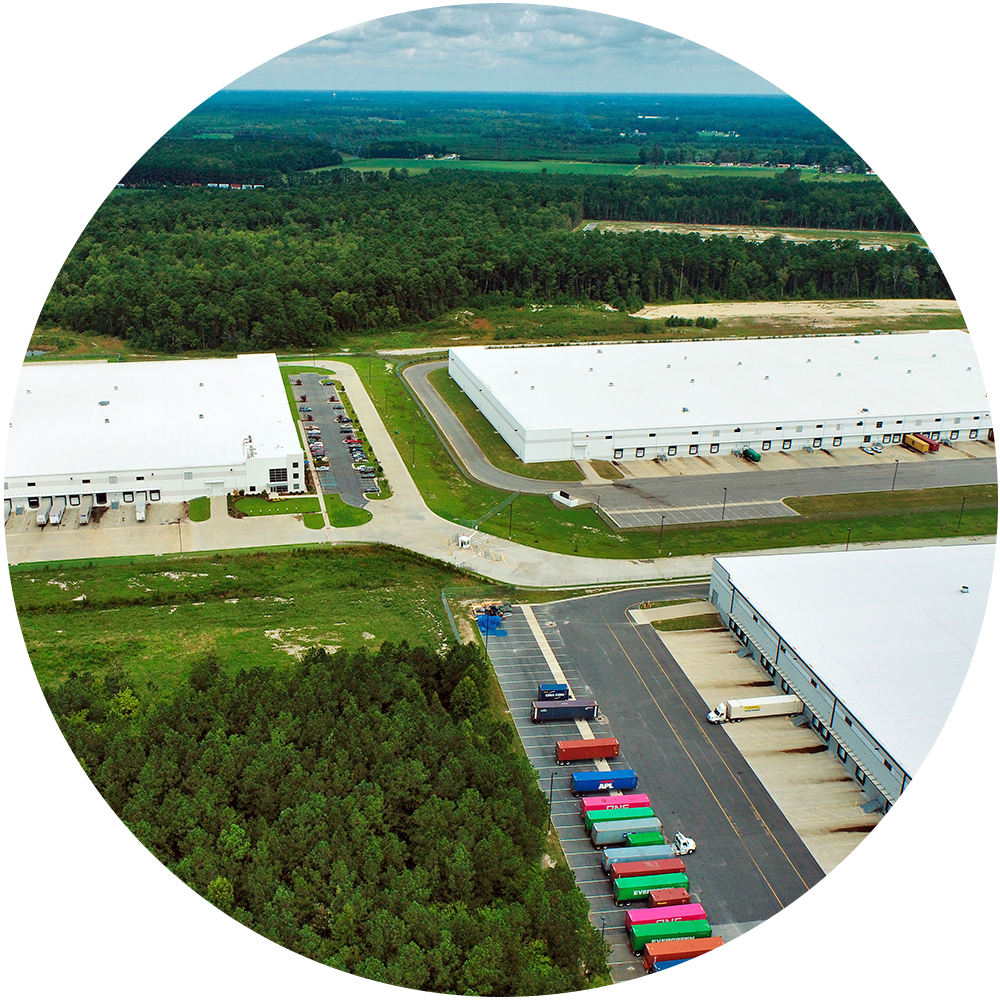 Virginia is a good place to do business – ranked No. 1 in the nation by CNBC – as evidenced by a growing and diverse list of corporations relocating to Virginia seeking to leverage this twenty-first century port. Among those growing corporations is Massimo Zanetti Beverage USA, which announced plans to build a new distribution center in the Virginia Port Logistics Park in Suffolk. The park’s proximity to the port is attracting interest and a 350,000-square-foot speculative building is in the planning stages.
A comparative study (FY18 vs. FY13) published in November 2019 by The College of William & Mary illustrates the significant value of the port to the Virginia economy. In FY18, the port was responsible for nearly 400,000 jobs, which is about one out of every 10 jobs in Virginia, or the combined populations of the cities of Richmond and Newport News.  Those jobs resulted in total wages of $23 billion dollars, an amount three times more than the combined values of every major professional sports franchise in Washington, D.C.: its football team, the Capitals, Nationals, Mystics and Wizards.
The benefits that come with being home to a modern, world-class destination for cargo are many and primary among them is keeping Virginia prosperous.
Contact our Economic Development team
BACK TO REPORT >

The Port of Virginia delivers opportunity by driving business to, and through, the Commonwealth.

The Port of Virginia’s diverse talent, agile use of technology, and command of our ever-changing industry sets the pace for the supply chain of today, while plotting the course for its tomorrow.

©copyright 2020, The Port of Virginia, all rights reserved